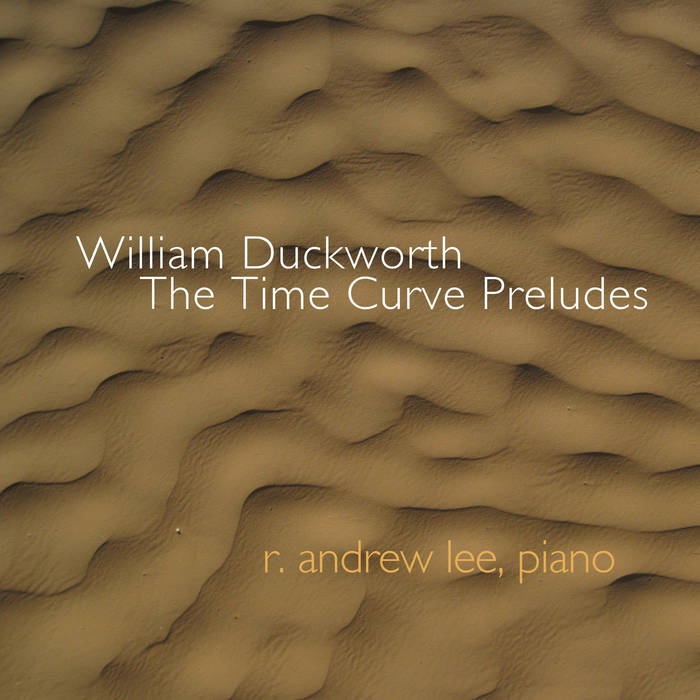 Lambeth I don't like cars but driving to this feels nice. Favorite track: Prelude VI.

1980 was a pivotal year. Ronald Reagan was elected president; CNN became the first 24-hour news network; Saddam Hussein launched a war against Iran. And within an American musical scene that had begrudgingly assumed the name Minimalism, a shift was occurring. Philip Glass composed his Satyagraha, a departure from his earlier works: a quasi-narrative opera written for traditional forces. Steve Reich began writing Tehillim, his first piece setting text to melody, in which ornate Hebrew psalms bounce through a female choir accompanied by percussion. John Adams suddenly became a major presence with the 1981 premiere of Harmonium, a work which transformed chugging rhythms and glassy harmonies into Romantic splendor. These three works marked what composer Nico Muhly has called “Minimalism 2.0”: a dramatic change in style and intent from the experimental works of previous decades.

The shift was not restricted to the figures most famously (mis)labeled minimalists today. In 1979, the composer and critic Kyle Gann took in a performance of William Duckworth’s Time Curve Preludes by the pianist Neely Bruce. Writing later in the Village Voice, he declared it the dawn of postminimalism, “the first major work that sounded minimalist but refused to satisfy minimalist expectations.”

But what were minimalist expectations, and how did Duckworth’s piece defy them? The classic works of the San Francisco and New York scenes—defined by the quartet of Glass, Reich, and founding fathers LaMonte Young and Terry Riley—in many ways resembled the minimalist art of Donald Judd and Frank Stella which emerged at the same time. Though abstract and impersonal, minimalist music stood apart both from dogmatic serialism and the downtown happenings of John Cage, emphasizing surface textures and simple rhythmic games over mathematical complexity or aleatoric mysticism. Like Judd’s stark geometry or Stella’s bright colors, the music resembled nothing but itself, alluding to no psychological depths or autobiographical yearnings. Composers bore the influence of 1960s rock and jazz, creating works in which amplified harmonies shifted gradually over entire evenings.

The Time Curve Preludes are, on the other hand, brief: twenty-four aphoristic pieces, many only a couple minutes in length, adding up to an hour in total. The pianist begins each piece by depressing one or several keys with small weights, creating the subtle presence of drones, and ends by allowing time for the piano strings to vibrate, forming placid echoes. From the hypnotic repetitions of Prelude I onward, we appear to be hearing snippets of minimalism, but the harmonies tend to alter too quickly and irregularly.

Quirky mathematical games lurk beneath the minimalist veneer. Duckworth bases much of the music on the Fibonacci sequence, an age-old number-play in which each integer is the sum of the previous two: 0 1 1 2 3 5 8 13 etc. The sequence often dictates the number of beats or measures in each phrase, creating an uneven rhythmic flow (hence the time curve). The mathematics of classic minimalism lay in the relatively simple techniques of additive process, in which each subsequent phrase extends by additional beats, and phasing, where different melodic lines float in and out of sync. Any procedures used by the composer were meant to be heard by the listener: nothing should be concealed. The title of Philip Glass’s pioneering 1968 piece for amplified tabletop says it all: 1+1.

Duckworth engages in a less obvious kind of math. Though you can detect the presence of the Fibonacci by careful listening to certain passages, you really need to examine the score to parse them out. Duckworth divides the creaky phrases of Prelude XIII into 8 bars, then 13, then 21, then 13 again, so that the music seems to curve back in on itself. In the energetic final prelude, the phrases expand and contract according to the sequence, divided by a recurring left-hand bass figure.

Works of classic minimalism were fervently non-referential, with titles alluding to techniques or instrumental forces rather than emotional or poetic states—Music for 18 Musicians, Music with Changing Parts, In C. Music existed in a permanent state of abstraction, purposefully avoiding any traditional reference points (no sonatas or concertos in sight). The Preludes teem with broad and eclectic influences, from bluegrass to medieval chant. Duckworth’s music is a kind of travelogue of styles, appropriate for a composer who collected the stories of the avant-garde (and published them in his seminal book of interviews, Talking Music). But there is always a personal presence in the preludes, which seem dictated by the whims of the composer rather than any external system. The ever-expanding phrases of the jagged fifth prelude give way to a postlude which jazzily recalls Schumann’s Dichterliebe; a Satie-like melody floats lazily through Prelude VII, interrupting a Fibonacci sequence like a bothersome next-door-neighbor.

Duckworth decisively allies his set to classical tradition, a hallmark of many postminimalists. The tradition of a cycle of keyboard preludes extends back to Bach through Shostakovich, Debussy, and Chopin. Though the Time Curve does not fall into a sequence of contrasting keys (most of the preludes are modal, drawing on Gregorian chant and jazz), each prelude possesses its own distinct musical language. The varied moods of the preludes have much in common with the character pieces of Schumann or with the miniatures of Satie (whose Vexations Duckworth quotes in Prelude IX).

The melody of the Dies Irae, a medieval trope used by everyone from Berlioz to Rachmaninoff to Crumb, weaves its way into many of the preludes, though never in the demonic, Totentanz style of other composers. Prelude XI evokes the plainchant hymn but in a cool, almost tranquil manner.

This merging of classical and experimental is, perhaps, the true departure from minimalism: a lingering farewell to two decades of aggressive innovation. After the ecstatic improvisations of Young and Riley and the electric ensembles of Glass and Reich, there is something almost quaint about a musician (who is not the composer) sitting down and playing an unamplified piano for an hour. This, too, is the titular time curve: a bending of the past towards the present.

Recorded June 27-July 1 on the Richard Cass Memorial Steinway at the University of Missouri - Kansas City.