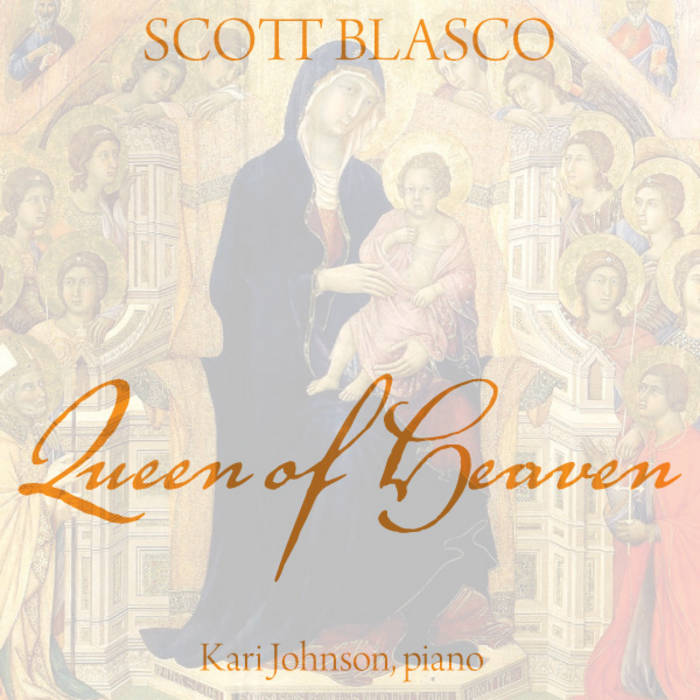 for piano and electronics


In his lively polemic The Blind Watchmaker, Richard Dawkins noted that there is a common cliché “which says that you cannot get out of computers any more than you put in.” This cliché rings true for many musicians who, primarily due to the prejudice of training, look askance at computer-generated sounds and those who produce them. Since the mid-20th century, many musicians have therefore dismissed electronic music as so many beeps and bobbles that would never approach the realm of true art created by living musicians who put themselves into their performances. However Dawkins has an answer for that criticism immediately following his recitation of the platitude: “The cliché is true only in the crashingly trivial sense, the same sense in which Shakespeare never wrote anything except what his first schoolteacher taught him to write – words.”

I purposefully invoke Dawkins at the outset of these notes because he would chafe at the other touchstone for Scott Blasco’s masterful Queen of Heaven – religion. Dawkins’ screeds against religion began appearing in the 1980s, thirty years after musicians began rejecting not only electronically generated sounds, but religion’s place in musical composition. This move reflected an increasing secularization and renewed focus on individualism throughout society that caused many cultural observers to predict that religion and participation in religious life would gradually dry up by the 20th century’s end. That it has not is due in part (surely to Dawkins’ chagrin and Blasco’s delight) to art. As sociologist Robert Wuthnow persuasively argued in All in Sync, “One of the most important reasons that spirituality seems so pervasive in American culture is the publicity it receives because of its presence in the arts.”

Scott Blasco is of a new generation of composers who are bucking long-held tenets that spirituality is off limits and objectivity reigns in electronic composition. Coming to his deeply held Catholicism following a degree in Theology and the Arts at Fuller Theological Seminary and years studying early Church history, doctrine, and canon formation, Blasco infuses his music with a perspective of the world as divinely inspired and infused but grounded in humanity. This focus on the human aspect includes regular pairing of electronics and human performers and surely drew Kari Johnson to commission Queen of Heaven and collaborate on its creation. Johnson, a rising young pianist with a keen ear toward the nuances of merging acoustic and electroacoustic sounds, helped shape a work that is definitively a piano work that happens to interact with electronics. In each movement save the fifth, the electronics follow Johnson’s pacing, giving the warmth and spontaneity expected in a live performance but rarely heard in an electronic one.

Also breathing humanity into Queen of Heaven is Blasco’s stated desire to “subjectively and symbolically express my study and experience of scriptural, liturgical and iconographic sources relating to different aspects of Mary’s unique place in Christian theology.” His deep reading of the Church fathers led to a structure that mirrors Mary’s position in liturgical (Catholic) and iconographical (Orthodox) sources and mirrors his own hope for an eventual rapprochement between the Orthodox and Catholic churches, returning to a true catholic (universal) church. Movement 1, “Hail, Holy Queen!” details Mary’s Assumption and Coronation. Dense, dissonant piano chords in the instrument and the electronics evoke the terrifying angelic voices before fading away to reflect on the mystery of Mary’s position. Movement 2, “Full-of-Grace (Kecharitomene),” focuses on her Annunciation, particularly the two conceptions - Mary’s Immaculate Conception and Jesus’s virgin one. Blasco provides both conceptions with their own tonal, yet unresolved, melodies and interweaves them, showing their connection in our perception of Mary. Movement 3, “The Unburnt Bush,” explores Christ’s Incarnation through Mary’s pregnancy. The sound of fire, at first unprocessed, but slowly taking on the electronics’ sonorities (centered around the pitch B), is the fire that burns without consuming. By the time the piano also takes the B from the electronics, it is clear that the fire is also Christ’s renewing the Imago Dei by reversing sin’s destruction. Movement 4, “The-One-Who-Gives-Birth-to-God (Theotokos),” is Queen of Heaven’s timeless movement, its gently rocking piano ostinato creating both the awe and the peace of Mary’s impression of Jesus’s birth. But where the fourth movement suspends us in time with its repetition, Movement 5, “The Woman Clothed with the Sun,” with its endless ringing bells and piano figuration, places us in a ritual, a liturgy of the woman in Revelation 12. With its eight-beat pattern (a clear reference to eternity) juxtaposed against a nine-beat recurrence of chords (its three times three length indicating the Trinity), the movement ends in a Messiaen-like fashion by pulling us into Heaven.

With its liturgical structure and careful balancing of the human and the electronic, Scott Blasco created a work that uses basic materials – the “words” of music – to rise above traditional clichés about electronic and religious music. Here is a work neither cold nor blatant, that convinces rather than browbeats. Blasco and Johnson persuade us that personal expression of deeply held religious convictions will always speak strongly, have a place in our culture, and bring us to new belief. It all leads me to conclude that Robert Wuthnow was not completely correct in his analysis of why spirituality is so tenacious in American culture. He neglected to note that music is perhaps the most powerful theology of all.

Scott Blasco is a composer and sound artist currently residing in Washington state. He is a board member of the Kansas City Electronic Music and Arts Alliance (KcEMA) and a founding member of and performer with the Kansas City-area electroacoustic new music ensemble The Digital Honkbox Revival.

Scott currently teaches music theory, composition, and electronic music at Washington State University. He received his doctorate in composition from the University of Missouri-Kansas City, and studied music at Calvin College and Western Michigan University. He also holds a Master of Arts in Theology from Fuller Theological Seminary.

Kari Johnson is the Director of Keyboard Studies at Avila University in Kansas City. Ms. Johnson is an active performer; her playing is known for its firm musicality and dramatic flair. She is a strong supporter of new music, and has been heard as a soloist and collaborator at festivals including SEAMUS 2010 and 2011, the ElectroAcoustic Juke Joint, and the University of Central Missouri and University of Nebraska-Kearney new music festivals. In 2011 she was a featured artist for the Kansas City Electronic Music and Arts Alliance concert series and the 2011 Thailand International Composition Festival in Chiang Mai, Thailand. She holds degrees from Central Missouri State University, Bowling Green State University in Ohio, the University of Illinois Urbana-Champaign, and is a doctoral candidate at the University of Missouri-Kansas City.

Recorded October 4th, 2011 on the Richard Cass Memorial Steinway at the University of Missouri, Kansas City.