One Gate, One Hundred Paths, One Arrival (for John Cage) 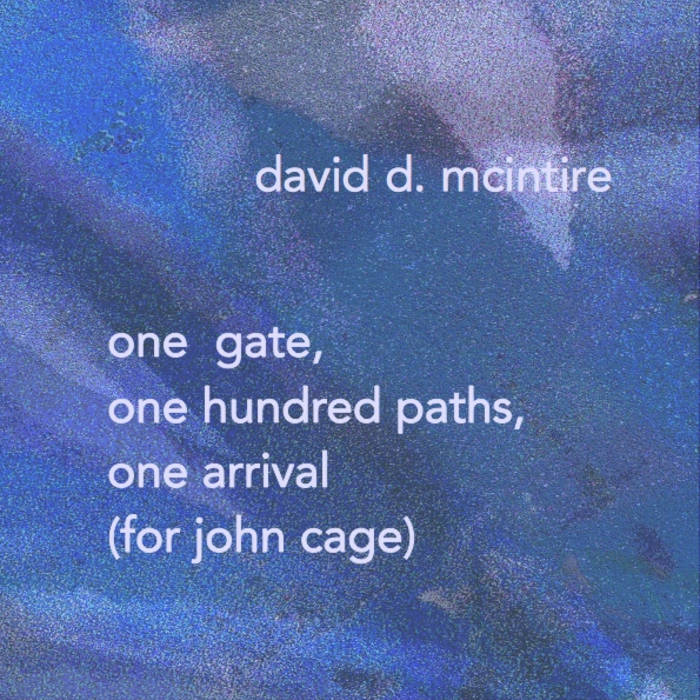 polinos Interesting sonic experiment, inspired by John Cage - which is a good thing. For lovers of electronic drone music looking for something sounding rather different.

This work is one which took more than three months to realize, and which I intended from the beginning to mark Cage’s 100th birthday. The piece is comprised of two sound sources, a recording of a richly harmonic and squeaky metal gate that I recorded at a playground my kids frequented (heard at the very beginning only). The other source is a hand-built analog synthesizer (a DroneLab, from Casper Electronics), which is very limited in most ways, but capable of producing extremely rich drones.

The piece is comprised of 100 tracks of material (one for each of Cage’s birthdays), which all start from different points in pitch and spatial location and all meander to a common destination, somewhat akin to the way in which numerous streams descend a mountainside, gradually merging, and ultimately joining a single large river, and then, the sea. These tracks combine to create extremely complex sonic interactions, which I can only partially predict or control. At times it sounds as if a gigantic organ is producing whirling arpeggios, at other points, the sound becomes impossibly dense.

Due to the vast array of mixing possibilities, there can be no "definitive" version of this piece. This rendering has all 100 tracks present at all times, though many equally satisfying variants could be made using fewer tracks or varying the density more over the course of the piece.

I would describe the piece as “Cage-ian” in that it is indeterminate in its outcome, it explores acoustic space over an extended period of time, and it required many hours (in the hundreds) of patient input, for an unknown result (somewhat akin to the painstaking work that Cage did with Earle Brown in realizing 'Williams Mix'). I would not venture to say that it is a piece that John Cage would have “liked,” had he lived to hear it. Probably the opposite would be more likely. It is very NON-Cage-ian in its highly teleological trajectory, and in my own intuitive interventions. But it is unthinkable that I could (or would) have composed such a work had I not encountered his music and read his books. For myself, and for so many of my colleagues, Cage’s great gift was to refocus compositional activity on the act of listening, of engaging with sound, and he then set an example of exploring that terrain joyfully.

NB. This piece is long. Its running time is over 80 minutes. There is no “correct” way of experiencing an immersive work like this one. The volume at which you listen, the type of speakers or headphones, even the distance at which you listen, will all greatly affect what you hear. In general, more volume is going to offer a richer experience. The piece is probably most clearly heard in a multichannel realization; it's a lot of information to push through two speakers. Anyone interested in presenting a multichannel version may write me at the address on our "press" page. Let me know what format you'd like and I'll render a unique version just for you.