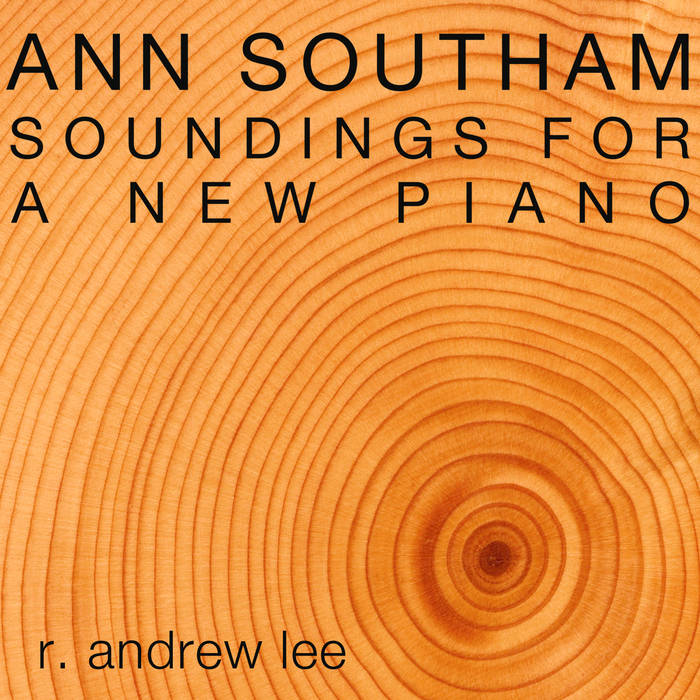 Twelve-tone composition is tricky business. Arnold Schoenberg laid out a set of strict guidelines when he announced his invention of the technique in 1921. A composer is supposed to pick a row—a specific sequence of the twelve pitches of the chromatic scale—and stick to it, not repeating any note until every member of the row has sounded. He (or, occasionally, she) can modify the row in a number of ways—transposing it, running it in reverse, or inverting it—but the integrity of the full row must remain in order to keep tonality and thus familiarity from creeping in.

The late Canadian composer Ann Southam (1937-2010) had no particular love for the rigors of Schoenberg and his spiritual descendents. “I cook up a process,” she once said. “I take a 12-tone row and kind of spin it out one note at a time until the whole thing is there. I've been using the same row for about 20 years. It's just a device, and I'd like to think I'm bringing some tonal sense into it.” This is twelve-tone music by way of minimalism: systematic atonality transformed into graceful simplicity.

Southam’s 1986 “Soundings for a New Piano” is one of many works founded on the composer’s everlasting 12-tone row. The music unfolds over twelve short movements and an interlude; Southam indicates in the score that the pieces may be performed in any order or individually. She subtitles the work “12 meditations on a Twelve Tone Row,” and meditations they are. Nine of the pieces are based on a repeated rhythmic sequence in which alternating bars begin with either sixteenth-notes or triplets. This rocking rhythm becomes a kind of mantra, a crystalline see-saw through which the twelve-tone row gradually unspools.

Southam ignores Schoenberg’s rules at every opportunity. Notes repeat frequently, and it is only towards the end of many of the movements that the twelve-tone row is fully stated. Hers is serialism through the lens of Philip Glass’s technique of additive process, in which each repeating phrase accumulates an extra note or notes. Though the pianist depresses the pedal in each phrase, so that the swells of notes amass into washes of sound, the music hardly exhibits any sense of harmony beyond simple octaves—only in the last few pieces do two or more notes sound at the same time, and usually in hollow, consonant intervals.

A narrative seems to form over the first half of the work, as the spellbinding rhythmic mantra continuously returns and different versions of the row slowly manifest themselves. In the brief interlude, which precedes the eighth piece, the pattern mysteriously vanishes. The next two movements create their own styles—the rumbling, organ-like No. 8 which recalls Messiaen and the alternating, still chords of No. 9—before the mantra comes back in No. 10, disappears again in No. 11, and makes a final return in the last movement. Not only does Southam disregard the conventions of twelve-tone writing, but she seems to defy the very formal constraints she establishes in the first half of the piece. It is a bold and refreshing move: style without dogma, beauty without severity.

Special thanks to the Canadian Music Centre, Robert Beck, Michelle Allen McIntire, Carrie Lee, Peter Witte, Will Robin, and Alex Ross (whose advocacy of Southam's music set us on this path). Plus, heartfelt gratitude to Miriam Adams and Carolyn Clare of the Dance Collection Danse Archive, for the stunning photograph of Ann Southam.