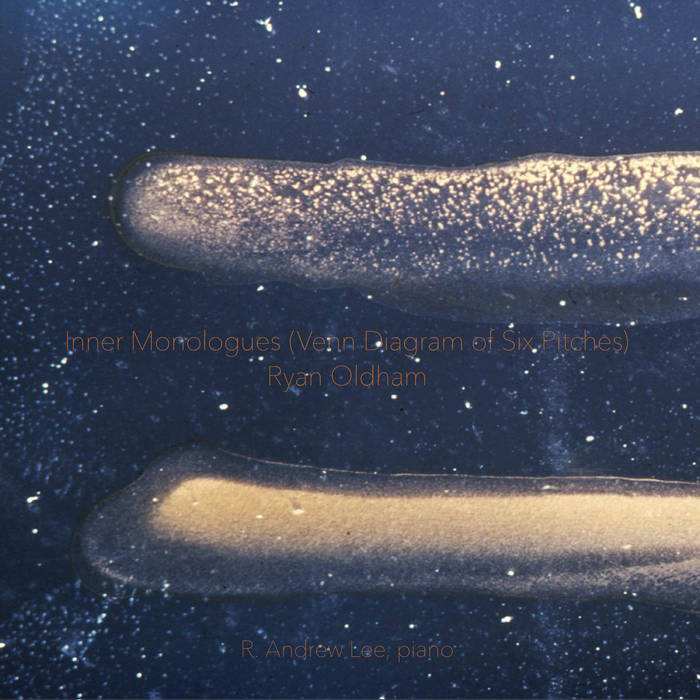 We often regard composers primarily as products of their education, noting their pedigrees of teachers and institutions as if those alone can satisfactorily account for the nature of a composer’s output. Often there is sufficient evidence in support of this, so we rarely question it further. But we should question it, because it is in the life apart from the classroom where many (if not most) composers are made.

Ryan Oldham’s music is case in point. A whip-smart composer, whose music often disguises its rigor with a celebration of whimsy and sly wit, Oldham rejects the notion that one must choose between the binary poles of academicism and commercial sellout. He forges his music from a bewildering array of methods and influences and in so doing thwarts any attempts of easy categorization. This is not, perhaps, a savvy career move, but it showcases a musical sensibility animated by an exuberant curiosity.

Growing up in Erie, PA, he played trumpet in high school band and jazz groups, and he continued to play through his college years (including a stint in the horn section of the aggressively-named Disco Bitch and the Funk Machine) even as he shifted his focus to composition. As an improviser, Oldham reflects a sensibility that embraces an expanded outlook, epitomized in the colorful playing of Lester Bowie, Taylor Ho Bynum and Kirk Knuffke, to offer a few points of reference. A recent reviewer compared Oldham’s playing to that of jazz composer and trumpeter Bill Dixon. Improvisation, spontaneity and indeterminacy remained celebrated elements in Oldham’s music, even in works that are wholly determined. This is a composer who keeps Rubik's Cubes of various sizes handy with pitch names glued onto each square, but you’d be hard-pressed to figure out which of his pieces use those tools. This is also a composer who continually returns to Bach as a touchstone of inspiration.

Composers who grow up far from cultural power centers are often indifferent to the ideological battles that animate much of the academy’s musical agon. To them, the “uptown/downtown” divide is of little import when your own community barely registers at all as a “town” to cultural tastemakers. If Oldham resembles any well-known composer in temperament, it might be György Ligeti, the Hungarian composer whose music appealed to the avant-garde even as he deftly avoided many of its pitfalls. Like Ligeti, Oldham "learns everything from everyone," pulling from a wide array of sources and steadily, casually subverting the listener’s expectations. Also like Ligeti, Oldham’s humor manifests itself in subtle, disorienting ways.

The first time I personally experienced this disorientation in Oldham’s music was about ten years ago on a university recital. Oldham had a work for solo cello on the program in a neo-Romantic style, with the rather plummy title “Poésie Lyrique.” “Huh,” I thought to myself, “not the sort of writing I would have expected.” The lyricism continued to build, and at a climactic moment a cell phone rang out, with the most irritating ring tone I’d ever heard. The owner of the phone did nothing to still the device and it continued to ring, the audience noticeably angered by the disruption. Eventually a person rose from the audience, answered the phone and spoke to the caller in a loud voice while exiting the concert hall, as the cellist placidly continued on. Only at the end, as the cellist received an ovation for their stalwart playing in the face of this rudeness were we aware that the cell phone call was part of the composition, when the phone’s owner joined the cellist on stage for a bow. The implications and layers of the piece multiplied exponentially, as we in the audience reprocessed the piece.

Oldham’s recent opera Numera presents a love triangle between three geometric shapes (Circle, Square, and Triangle), with the libretto consisting entirely of the three singers crooning nothing but integers to one another. A small chamber ensemble provides spiky, Stravinsky-esque accompaniment to this scenario. What begins as a seemingly innocuous frolic in silliness ends in deeply felt heartbreak as the Circle character unites with Square, leaving Triangle bereft. The emotional impact at this moment is as overwhelming as it is unexpected.

Oldham’s music (and his trumpet playing) have appeared on other Irritable Hedgehog productions, and offer a fascinating counterpoint to the work at hand. As one-third of the Ensemble of Irreproducible Outcomes (full disclosure: I comprise another third of this trio’s membership), Oldham’s contributions to that group’s repertoire include a piece whose average performance length is about twelve seconds (Intersection), a modal jazz number that could easily slip unnoticed onto any number of late-sixties Blue Note albums (Perforated Axis), to a musical depiction of a band too drunk to play at a New Year’s Eve gig (New Year’s Eve on Shelbyville Road). Daedalean Staircase (unreleased, but can be heard on the trio’s Vimeo channel) offers a series of “steps” from which the players must launch themselves into improvisation, yet return to find the next step together. The final plummet to earth is virtuosic and anti-climactic at the same time.

The present release’s title, Inner Monologues (Venn Diagram of Six Pitches) might lead us to believe that we are in the presence of a composer whose concerns are primarily rational, Apollonian. The title does not really prepare us for the experience that follows—an extended essay with the sensuous eroticism of a slow jazz ballad. A Scriabin-esque chord rings out, dies away, then rings out again. Individual chord members are teased out and contemplated with great deliberation. Melodies emerge. At first, Inner Monologues seems to stand apart from other works described here, but the same subversion of expectations emerges. The sparse textures and long spaces between events initially suggest the world of Wandelweiser, a world of conceptual rigor and restraint. But the harmonies unfolding gradually reveal a richness and emotional heat that belies the “coolness” of the subtitle. Beneath the icy surface lie searing passions.

Recorded July 2015, on the Richard Cass Memorial Steinway in White Hall at the University of Missouri-Kansas City, in the composer's presence.