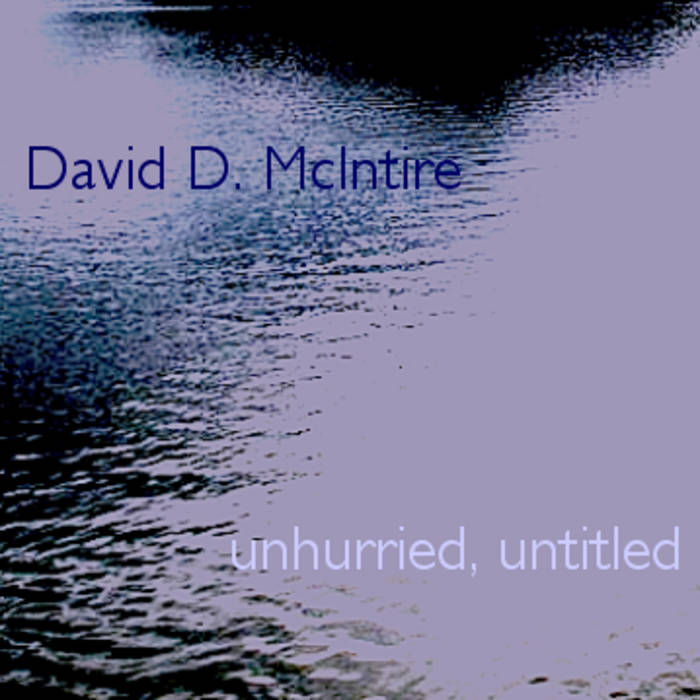 This is a new realization of some electronic material that I originally recorded in 1985 with an English synthesizer called the "Putney." Rarely seen in the USA, it was best known via its use by Brian Eno in Roxy Music, Pete Townshend of The Who and others. For several years, this synthesizer was my Walden, a resource of fascination and creative energy that I missed sorely as time and technology moved onwards. One of the things I enjoyed doing was setting up patches whereby the Putney would more or less "play itself," without further intervention on my part. The source material here was generated by activating the resonance of the synthesizer's tiny spring reverb with a slowly sweeping sine wave, via a feedback loop that I remember only vaguely. I've done some layering and transpositions in pure tunings, but otherwise left it alone.

For those who like their electronic music sonically pristine, this is probably NOT your cup of tea. Retro in the extreme, the sound is grungy, to say the least. The Putney itself was quite noisy and the source tape was made under the best available analog conditions, but it is definitely on the dirty side. Embrace this.

At the time I was making these "etudes" (which was how I labeled them at the time), I was quite unaware that many composers such as Eliane Radigue, Phil Niblock, Tony Conrad and others were doing aesthetically and spiritually similar work. Had I known, I think that affirmation might have encouraged me to explore this direction more aggressively than I felt comfortable doing back then. I did not share this material with anyone for a very long time, feeling that it would be of little interest or would attract derision from many quarters. But I could never quite disown it, and kept my tapes with me through numerous moves and personal upheaval. Now it feels like what I should have been doing all along. More explorations of this and similar material will be forthcoming in the months ahead.