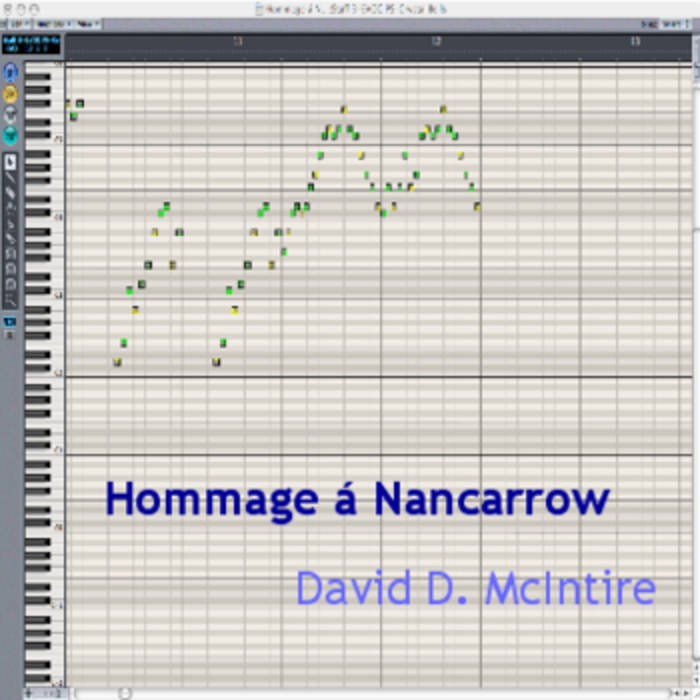 Hommage á Nancarrow was composed in the spring of 1992, with revisions and expansions made over the summer and fall of 1993. Every few years thereafter, I have made a new realization; this is the fourth of these. For years I have been fascinated and delighted by the music of Conlon Nancarrow and composed this piece in response to that pleasure. For those unfamiliar with this composer, Nancarrow (1912-1997) was an American who lived in Mexico City from the early 1950s until his death. His primary means of expression for many years was composing music for player pianos. His music is characterized by exuberant, witty and complex gestures housed in tightly-wrought formal plans. Most of his pieces are unplayable by human performers because of the speed, density and rhythmic complexity of the material. My piece uses a much wider array of colors than does Nancarrow in his studies, but orchestral arrangements and electronic realizations of his studies received enthusiastic approval from the composer. This one also has the added dimension of just intonation. Besides paying homage to Nancarrow’s music, the present work also owes much to the influence of György Ligeti and Steve Reich. This latest version was made in 2009 at the instigation of J.C. Batzner.

Composed and realized by David D. McIntire at his studio in Kansas City. Published by Irritable Hedgehog Music (ASCAP).