from The Putney Project (Volume 2) by Various artists 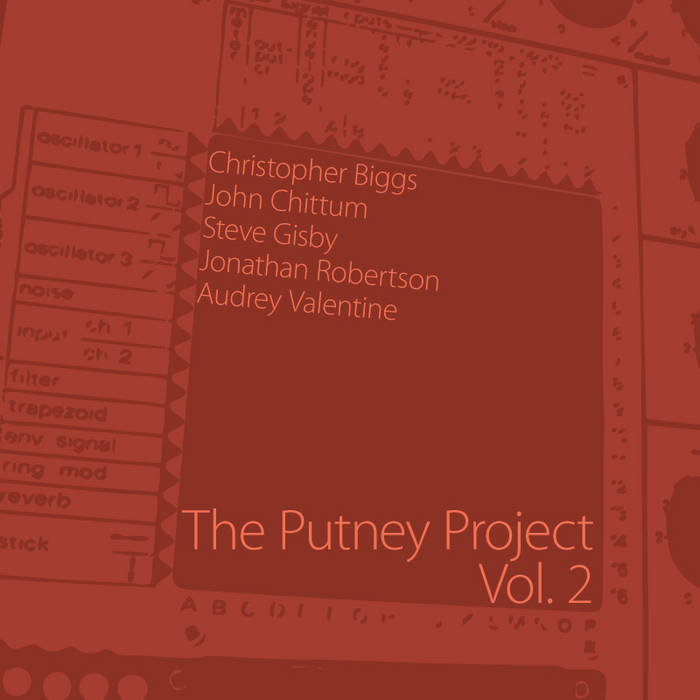 This piece is inspired by and dedicated to David McIntire and his Putney Etudes. I was invited by David McIntire to produce a piece using his etudes, and set out to create a piece that not only used sounds from his Etudes, but also channeled the spirit of many of David McIntire’s compositions, slowly evolving pieces, gradually giving the listeners the full experience, often from a single germ of an idea. Sounds were taken from Etudes 1, 2, and 6; however Putney Chutney is meant to invoke all six of the Etudes in some manner, exploring the sounds of the Putney synthesizer, and expanding the capabilities of the instrument to create a super Putney…which is quite a scary thought…

John Chittum is a composer, multi-media artist, sound engineer, and occasionally plays trombone. He has had works performed all over the universe, including EM-NY's IEAMF, DePauw Univeristy's Chamber Orchestra's 2006 West Coast Tour, and the anthem to Rigel 7's "Intermorphic Games 2009 (Earth Year)." When not writing music, John enjoys wrapping speakers in foil so the government (any and all) cannot steal his music, staring at blank walls, and working with UMKC's Composer's in the School program, helping to teach the next generation of poor starving artists. He has a fine leather bound degree from DePauw University in a box somewhere, an MM from Brooklyn College in a filing cabinet hidden on BC's campus, and is attempting one more "because i couldn't get a real job" at University of Missouri Kansas City. John also has a sense of humor, laughs a great deal, and refuses to take life too seriously. Currently reading: Conceptualizing Music by Lawrence Zbikoswki and The Elder God Series by David Eddings. Favorite Movie: Spirited Away. Biggest Regret: Missing the Killswitch Engage concert Sunday, March 14th.