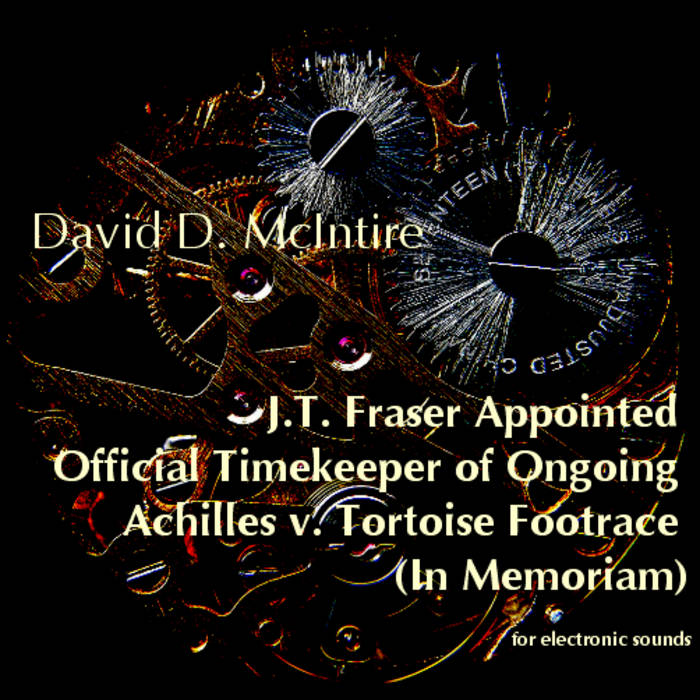 J.T. Fraser (1923-2010) was a scholar whose work dealt with the theory and experience of time. More than any other individual he contributed to a contemporary understanding of time in all of its manifestations. Two themes which he repeatedly addressed were "time as conflict" and a "hierarchical theory of time," with different temporalities nested within one another. The title refers to one of Zeno's Paradoxes, wherein the fleet-of-foot Achilles can never overtake the tortoise because he has given the tortoise a head start. No matter how fast he runs, the tortoise remains slightly ahead. Having entered eternity, I imagine Fraser as presiding over a race that will never conclude. Different temporalities are evoked and collide, with all sounds coming from one of my most precious temporal icons, a noisy and ancient Kodak darkroom timer.

from music of variable circumstance, track released April 2, 2011
Composed and realized by David D. McIntire at his studio in Kansas City, March 2011.