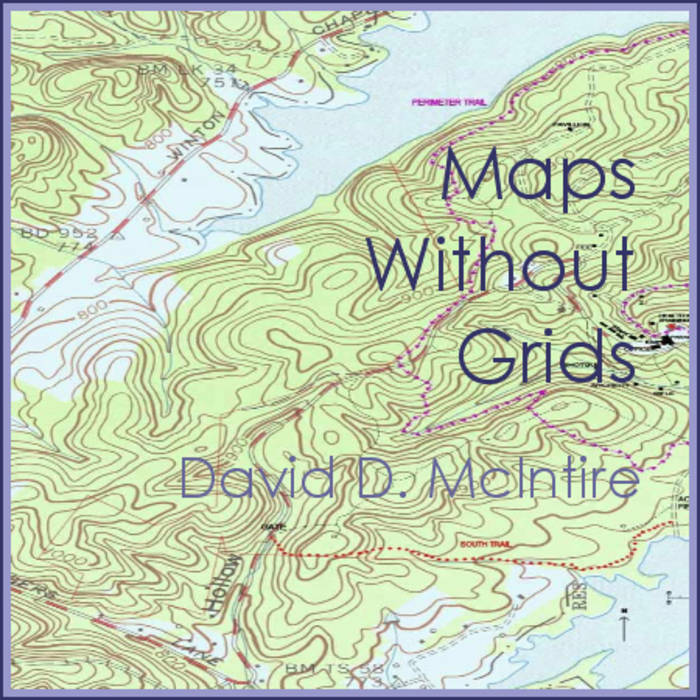 'Maps Without Grids' takes its title from a line in a W.S. Merwin poem and explores the notion of examining a (highly) restricted amount of material from a variety of distances and perspectives. It applies the “golden section” ratio in numerous ways, including tempo relationships and FM modulation. The sharp-eared will notice that there is hardly any material at all in the piece—I think of it as my own “Bolero.” Here the tune is repeatedly deployed against itself, but there isn’t much of that to begin with. The melodic material is derived from a tone-row that I snitched from Luciano Berio. I don’t think he ever noticed. I composed it in the summer of 1992, using a Tascam 4-track and a DX-7 tuned in just intonation. I sequenced the material using the Finale notation program. More technologically savvy composers than I have helpfully pointed out that there were/are much better ways to accomplish what I was doing. Big deal. I make no apologies for my ineptitude. No apologies are made either for its now-unfashionable FM sounds, dorky mix, or complete lack of transitions—I still like it.

Maps Without Grids is dedicated to my teacher and friend, Timothy M. Sullivan.

from music of variable circumstance, track released April 25, 2011
Composed and realized at the Nazareth College of Rochester Electronic Music Studio, in the summer of 1992. Published by Irritable Hedgehog Music (ASCAP).