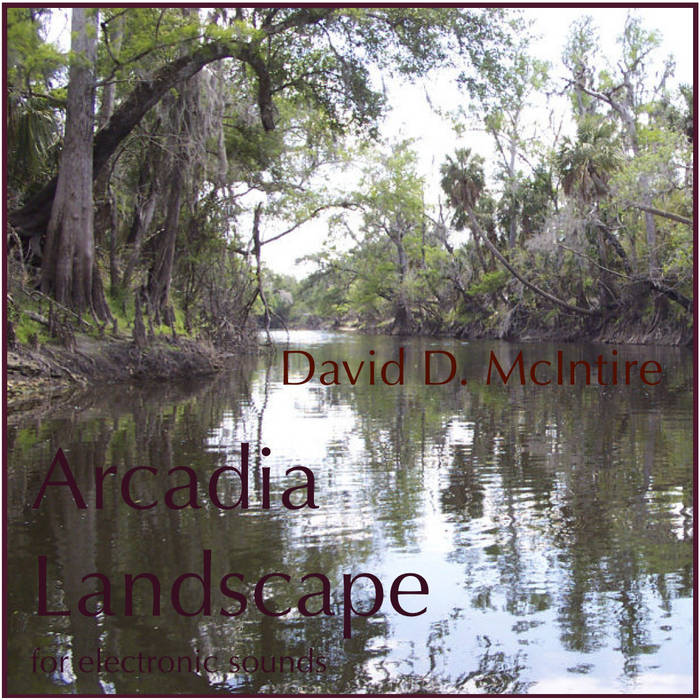 Arcadia Landscape was composed in the spring of 2000 for a concert in Rochester NY by the Genesee Floodplain and District Soundcrafter's Guild, a group of composers that I had been a part of when I lived in Rochester. Formed in 1992, the GFDSG was a small band of composer/musicians, most of whom had ties with Timothy Sullivan, my first composition teacher and a professor at Nazareth College, where I received my undergraduate degree. I missed these friends greatly while in Florida, and this piece was a kind of "postcard" for them, sent from the rural scrub country I found myself living in.

As is evident from the recording, I didn't have a lot to work with. Everything was composed into Finale (a notation program) and then I used that score to sequence my modest Roland synthesizer. The Roland was (and is--I still use it to this day) a multi-timbral instrument, so I was able to "orchestrate" six different sounds for the piece. I had no recording software or gear, so this was recorded "direct-to-cassette" and mailed to my friends, who played it on a concert of their music. I've remained fond of the musical content, if not the means of realization. Recently, I wanted to re-do the piece with better sounds and my much-refined production skills, but the original file appears to have been lost.

I also see the piece as indicative of musical directions I would explore much more aggressively in coming years, especially the rotating, unequal musical "objects" and the static, glacial harmonies. "Glacial" is probably the wrong word to use here, as I was trying to evoke the timeless landscape of the town I lived in, Arcadia Florida. I was fascinated by the endless flat scrub lands and the sedate Peace River (pictured here), which shimmered under the obdurate, blazing disc of ceaseless sun.

from music of variable circumstance, track released November 29, 2011
Composed, realized and recorded in the spring of 2000, in Arcadia, Florida. Transferred and mastered in November, 2011.