The Putney Project (Volume I) 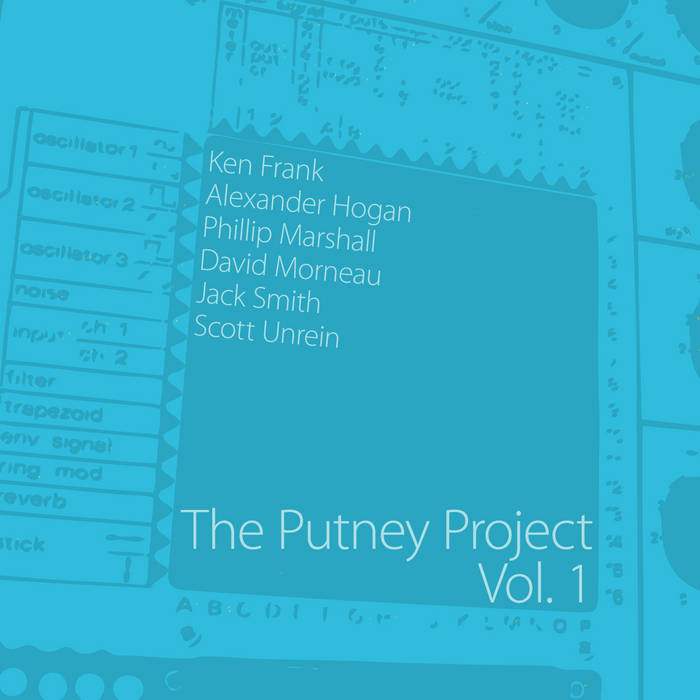 The Putney Project came about as a result of two disparate and widely separated experiences. The first was my early exposure to the the EMS VCS-3, an odd English synthesizer known as the "Putney." This peculiar and temperamental piece of gear was the nexus of the electronic music studio at Nazareth College of Rochester, where I got my undergraduate music degree in 1987. The second was my participation in the 60x60 series, a brilliant scheme of my composer friend Robert Voisey, who has curated numerous concerts of an hour in length, each featuring 60 works by 60 different composers. What I loved about this was the collision of so many styles and means, as well as the community that these concerts fostered. I loved the idea of "introducing" different people to one another via their music. I thought it might be fun to do something similar.

When I was an undergraduate, I occasionally did improvisations with the Putney in real time and recorded them. I don't remember playing them for anyone, never presented them anywhere, but I was extremely fond of them and kept the tapes with me. In recent years, I digitized these old tapes and they became source material for new works of mine. A few months ago I began to wonder how others might utilize this raucous and retro material and so I sent out an invitation to anyone I knew that I thought might be attracted to such a venture. The response was enthusiastic and far beyond my expectations. This is the first volume of the resulting works.

The invitation was extended to many of my composer friends, but also to others who might not identify themselves primarily composers, but who had an enthusiasm for sound: writers, visual artists, filmmakers and musicians. And so in this and future volumes you'll hear a dizzying variety of aesthetics and techniques. In the original email I wrote: "There are no restrictions as to length or how you use it. Re-mix, re-mash. Add beats. Subtract overtones, add undertones. Overdub guitar solos. Layer in twelve tubas. Put it in a blender and hit "frappé." Whether your approach is subtle and sophisticated or brute-force and grungy, it's all good." And good it is... Enjoy.

NB: you may download this entire album for free or stream it in its entirety online. If you click on individual tracks, you'll learn more about each artist and uncover individual artwork for their track, in many cases.

The Putney Project is a series of electroacoustic compositions by various composers that is curated by David D. McIntire. All compositions are created by each artist, drawing from a common set of seven soundfiles of Putney material that McIntire realized in 1985.